Pacemaker implantation is the most effective treatment for ‘syncope and severe exercise intolerance’ – related arrhythmias; however when searching for the best clinical decision for some older dogs, the risk of anesthesia often outweighs the benefits. We would like to share a case where the old age was not a problem.

Larry was a 17-year old MI mix breed dog admitted because of increasingly frequent exercise intolerance episodes during the past few months. Furthermore, the last week the patient was very week, unable to stand on his feet and with a depressed overall clinical status. On a clinical presentation with the referring vet а bradycardia was noted and the patient referred to us for a Cardiology consult. 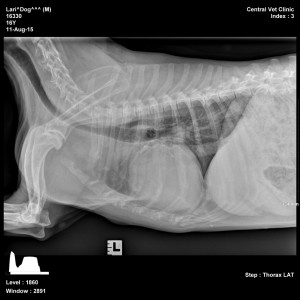 During auscultation, a slow regular rhythm was detected with heart rate of 20 bpm classified as ventricular escape rhythm during the normal ECG. A 24hour Holter monitor revealed complete AV block (AVB III) throughout the study with an average rate of 31 bpm, occasional VE beats with some pairs, triplets and short runs; no pauses greater than 5 sec were noted. The slowest heart rate detected was 20 bpm. Complete blood count and biochemical profile were normal. Radiography and echocardiography revealed generalized cardiomegaly, with mild-to-moderate mitral and tricuspid regurgitation and decreased contractility. During the abdominal FAST study a small amount of free fluid was noted – defined as a transudate on diagnostic abdominocenthesis. Lari_20150811163929_1640560

A diagnosis of complete AV block with clinical signs of right sided congestive heart failure was made and pacemaker implantation was decided. A VVI, bipolar, passive lead was fluoroscopically placed, under anesthesia, through the right jugular vein into the right ventricle, where it was successfully lodged.Lari_20150814181226_1819550 The lead was connected to a generator, which was later fixed in the subcutaneous tissue dorsally to the cervical vertebrae. A temporary pacemaker was used when the dog developed asystole during the procedure. Recovery from the surgery was uneventful, with the pacemaker capturing normally. The pacing rate was set to 100 bpm. The system used was a ‘St Jude’ one. 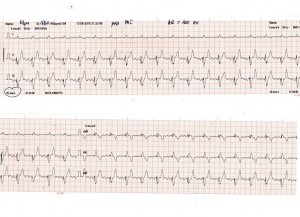 Our anesthesia protocol with this patient was routine for the procedure of a PMI – premedication with Midazolam and Buprenorphine, induction with Etomidate, intubation and maintenance with Isoflurane. The post procedure treatment was only with Cefazolin iv for the next few days. 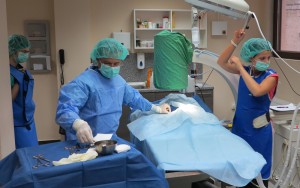 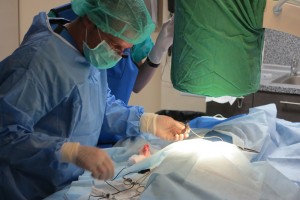 The use of a temporary lead and/or an external pacemaker is highly advisable in patients who are depended on their escape rhythm.

Even though Larry recovered from the general anesthesia normally he was unable to stand on his feet for additional 5 days. He was bright, alert and responsive, with good appetite and normal consciousness, but with an impaired proprioception. We attributed this to the long period with severe bradycardia (HR of 20 bpm) and potential vasoconstriction/reperfusion complications. There is some data in the human medicine literature concerning PMI in old people with preexisting severe bradycardia, who reported pain in the extremities post the procedure.

Other factors such as chronic joint and spinal diseases could have been the cause of the slow recovery as well. The myoglobin levels were not checked prior to the PMI unfortunately. 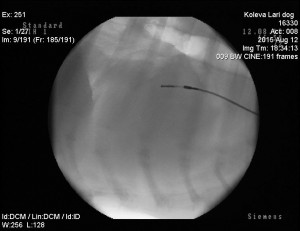 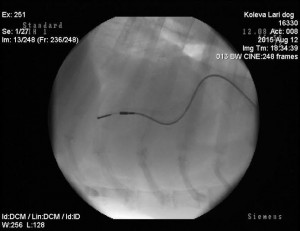 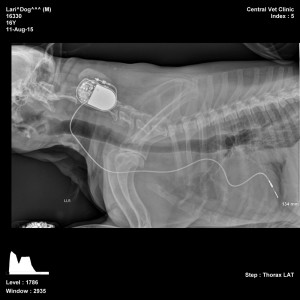 Pacemaker implantation may be warranted even in older dogs with ‘syncope and severe exercise intolerance’ – related arrhythmias. 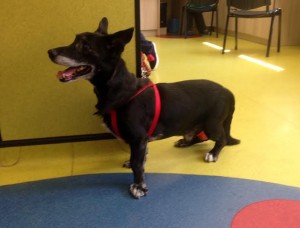 7 months post the procedure Larry is still doing great; in this period he underwent two additional major surgeries for a prostate abscess – with no anesthesia complications. 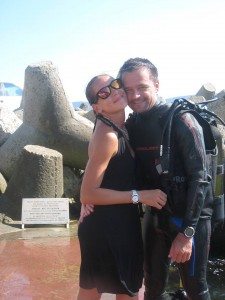