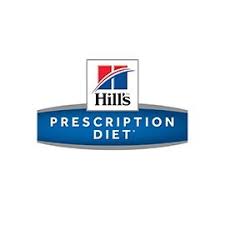 The gastrointestinal tract is inhabited by communities of microorganisms essential to host health. These microorganisms, including desirable and undesirable bacteria, are referred to as the micriobiome and the exact population of micoorganisms is unique to each host.

Bacteria in the microbiome are functionally and compositionally diverse, allowing contribution to energy homeostasis, metabolism, gut epithelial cell health, and immunologic activity. This population is not static and can change to due to medications, such as antibiotics, environmental factors, disease states and dietary influences. Additionally, it is common to see dysbiosis (imbalance in the gastrointestinal microbiome) in chronic GI disease in cats and dogs.

Hill’s has found that a pet’s gastrointestinal health can be impacted by ActivBiome+ Technology, a blend of synergistic prebiotic fibres that works with with each pet’s unique gastrointestinal microbiome. 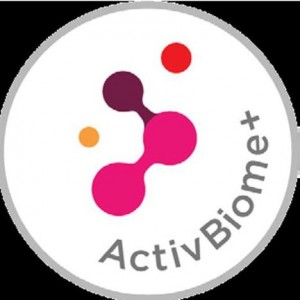 Hill’s Prescription Diet Gastrointestinal Biome contains ActivBiome+ Technology. This is a proprietary blend of synergistic prebiotic fibres that works with, and is utilised by, each pet’s unique bacteria in the large intestine allowing the beneficial bacteria to flourish and produce postbiotics (metabolic products of microbial metabolism) to help the host. By promoting the growth of desirable bacteria, it also helps to reduce the growth of potentially undesirable bacteria and their metabolites. The fibre sources in ActivBiome+ Technology were selected because they have multiple functions and have fibre bound polyphenols. The bacteria ferment the fibres and produce gut-nourishing compounds, as well as release and activate antioxidant and anti-inflammatory polyphenols. These postbiotics benefit the gut, as well as other organs and tissues.

Figures 1 and 2 illustrate the changes in stool quality among all dogs consuming this fibre blend. By the end of 4 weeks, the stool quality score of the dogs with chronic enteritis/ gastroenteritis had improved to the point that they were no longer significantly different from the healthy dogs.

Additionally, a significant increase in beneficial bacteria taxa (e.g. Lachnospira sp, Fig 3) and a decrease in harmful bacteria taxa (e.g. Desulfovibrio sp.) was observed. This positive change in the microbiome also leads to an increase in the production of helpful postbiotics. ActivBiome+ Technology significantly increased faecal levels of certain polyphenols and short-chain fatty acids (SCFA’s, Fig 4). The SCFA’s help reduce faecal pH, creating an environment that favours the growth of beneficial bacteria in the host. Potentially harmful postbiotics (faecal polyamines such as putrescine, spermidine) were also measured and were reduced by the addition of ActivBiome+ Technology2.

Similar to studies performed with dogs, the feline research done at the PNC on 28 healthy cats showed that ActivBiome+ Technology helped create a more positive gastrointestinal microbiome environment. There was a significant increase in beneficial bacteria. There was also a significant increase in key postbiotics, such as SCFA’s (acetic & propionic acids) from fibre fermentation and a decrease in fatty acids (isobutyric, 2-methylbutyric, & isovaleric acids) from protein breakdown. Increased stool moisture and decreased pH were also achieved whilst maintaining acceptable stool scores1.

NEW ActivBiome+ Technology has been proven to provide

numerous benefits in cats and dogs.