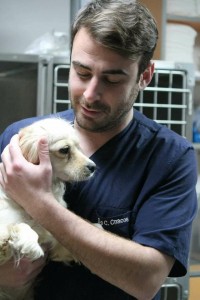 A topic not only for dermatologists.

“Recent high-profile reports warn of the dangers of not taking action. A bleak report by economist Jim O’Neill, commissioned by the British government and released in May, estimates that 700 000 deaths globally could be attributed to AMR this year and that the annual toll would climb to 10 million deaths in the next 35 years. The report projects US$ 100 trillion in losses by 2050 if nothing is done to reverse the trend.” 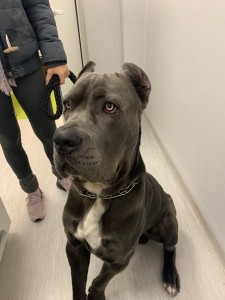 There is a regular   vaccination  and tick and flea teratments  with tablets (isoxazolines).

A month and a half ago, the owner has taken Azar to another clinic because of the many  pustules on the dog’s chin.

Clinical symptoms include itching in the facial area, redness, and many of about 0.5 cm pustules all over the chin.

Two weeks later there was no change in the condition  of the dog.

Bacteriology and antibiogram were performed( Staph. Aureus ) , a second systemic antibiotic was added after the result (the first antibiotic was discontinued).

Both antibiotics show the sensitivity of the causative agent.

Two weeks after the second antibiotic, there was no change in Azar’s condition.

At the initial examination, Azar was in good general condition, but there were numerous pimples throughout the chin area, which were very easily bleeding and pussing.

In addition, Azar defecates 3-5 times a day and most times the stools are not well formed. 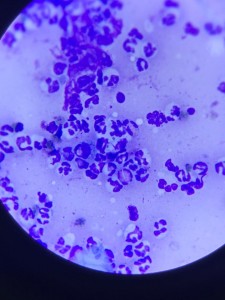 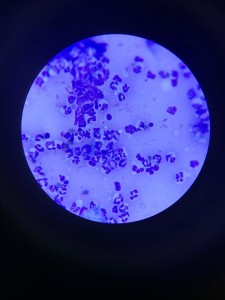 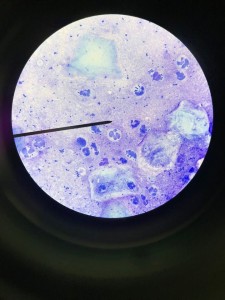 The effect after the first 10 days is significant and more than satisfactory, so the therapy prescribed after day 10 was changed only with shampoo with peptide.

10 days later, there were almost no signs of infection.

10 days later, Azar’s therapy was limited to once daily administration of the duxo self-tampons and once a week the duxo-seb spot form, as well as a curative diet with the Analergenic diet. 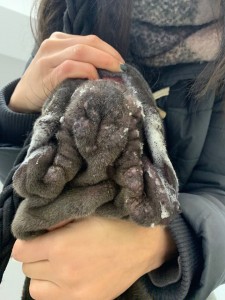 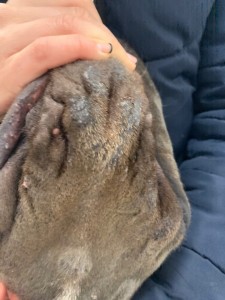 There are no signs of bacterial infection now, gastrointestinal symptoms are no longer observed, and therapy is just cleansing with duxo swabs (suitable for daily use).