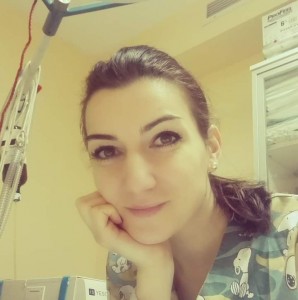 Quite often in our practice we have to sedate or keep under anaesthesia brachycephalic dogs and cats. This is associated with some stress for us, given the peculiarities of the breed. In this article I will try to briefly present the main key points in the anesthesia of brachycephalic breeds, which has gained great popularity in recent years. Will pay attention to their anatomical and physiological features, which are a prerequisite for complications during anesthesia, and how to avoid them and reduce the risk. 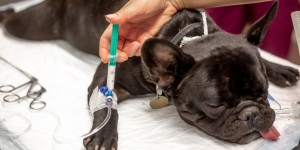 The main specificity of them is the so-called brachycephalic syndrome ( BOAS). It may include narrowed nostrils, a long soft palate, a hypoplastic trachea, or an inverted laryngeal sac. It can be re-applied and used for prolonged trauma to the pharyngeal soft tissues and trachea, which can cause soft tissue outflow or tracheal collapse. This trauma most often occurs when the animal is intubated. Gastroesophageal reflux should not be forgotten, also high vagal tone.

In severe cases of BOAS, airway obstruction may benefit from the development of pulmonary edema. The pathophysiology of post-obstructive pulmonary edema includes the effect of negative intrathoracic pressure on fluid distribution and subsequent hypoxia. High negative intrathoracic pressure causes an increase in venous return to the right atrium, which increases the pulmonary artery, while left ventricular function is reduced and afterload is increased. The end result is increased hydrostatic pressure, which aids in the movement of fluids from the capillaries in the interstitium and thus causes pulmonary outflow. Rapid recognition of this condition and taking temporary measures, such as maintaining airway patency, adequate oxygen supply and, if necessary, PPV administration. Diuretics may also be used, but it should be anticipated that hypovolaemia and hypoperfusion may occur during anesthesia and clinical delivery should be considered. And because of the risk of soft tisuue and pulmonary oedema, it’s beneficial to add an corticosteroid in low dose, as prevention. Unless there are a serious contraindications. There are different anaesthesia protocols with dexamethason or methylprednisolon, it’s a matter of personal choice.

Deep sedation in these patients is performed with excessive relaxation of the pectoral muscles and aggravation of airway obstruction. Even if the patient is aggressive, it is good to adhere to lower doses of premedication. The most commonly used combination is of a sedative component, for example an alpha-2-agonist and an opioid. A tranquilizer such as acepromazine and benzodiazepines such as diazepam or midazolam may also be used. Accordingly, the doses are at the discretion and according to the desired effect and treatment.  In the table below I quote some of the most commonly used pre- anaesthetic drugs with the value of the dose. There are no restrictions and contraindications to the use of narcotic drugs in this breed. For induction you can use a different combinations, as benzodiazepine+ propofol or benzodiazepine+ ketamine. Your choice mainly depends on what the end result you whant. In brachycefalic breeds it is recommended the induction to be smooth and fast, so the most suitable drug in this case is propofol.

Given the peculiarity of the birth, it is very important to monitor the brachycephalic patient during the pre-aesthetic period, as relaxation of the pectoral muscles further complicates breathing, reduces the number of respiratory movements and the appropriate patient does not fall into hypoxia. It is recommended that the patient be preoxygenated during the pre-anesthetic period. The administration of 100% oxygen before induction of anesthesia prolongs the time to the onset of arterial hypoxemia.

When intubating a brachycephalic patient, prepare several tube sizes, apparently up to two sizes smaller than you think would be appropriate. It will be useful if you use a laryngoscope, especially when your patient has a long soft palate, as it will help ensure good visibility to the airways.

It is common practice to maintain the patient under inhalation anesthesia during the operation. Isoflurane is most commonly used for this purpose. It should be borne in mind that, like other inhaled anesthetics, it produces a dose-dependent reduction in myocardial contractility, systemic vascular resistance and cardiac preload, followed by a reduction in mean arterial pressure (MAP) and cardiac output in a dose-dependent manner; therefore, the evaporator settings should be kept as low as possible while maintaining an adequate depth of anesthesia.

In brachycephalic breeds, there is a very strong vasovagal tone, which can cause bradycardia, which in turn can lead to AV block or even cardiac arrest. The most common reason for increased vagal tone is severe pain. Advice on this reason for good pain relief of this breed is extremely important. However, if the patient develops severe bradycardia, a use of anticholinergic in an appropriate emergency dose is indicated.

As mentioned earlier, another common complication is gastroesophageal reflux, which can occur at any stage of anesthesia. This can lead to airway obstruction and aspiration pneumonia. Advice for this reason is recommended in the anesthesia protocol to include antiemetics, unless there are serious contraindications. It is recomended to be applied proton pump inhibitors as omeprasole, 4 hours before the planed anaesthesia. 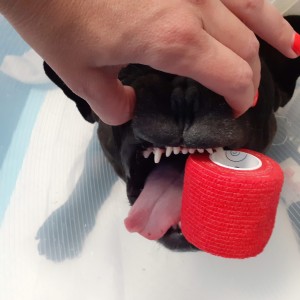 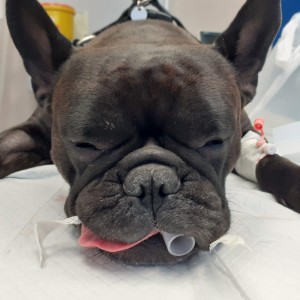 The recovery period is also not to be underestimated. Here it is important to constantly monitor the patient and be extubated, when we are sure that all reflexes have returned. Especially the swallowing one. The best time to extubate is when our patient has muscle tone in the lower jaw and tries to cough up the endotracheal tubus itself or even better if the patient is tring to chews it. It is important to be positioned in a sternal position with appropriate continuous monitoring.

The anaesthesia of these specific breeds is not so complicated, if know their features and for what to watch out for. With more carefulness and knowinge there is nothing to be afraid of. 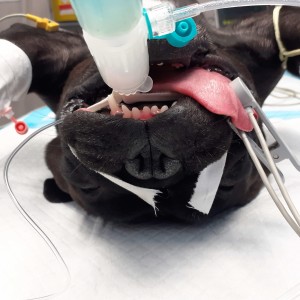 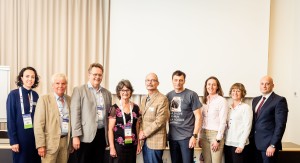 Vets must ‘dare to speak out’

Experts from around the world discussed the issues facing these breeds and the implications for veterinarians during a panel session following a lecture stream dedicated to hereditary disease and the importance of responsible breeding on Tuesday 26 September during FECAVA-WSAVA Congress in Copenhagen. More than 200 delegates attended, including Danish TV celebrity, Sebastian KIein, well known for his interest in animal welfare issues. At the end of the session, panel members issued a number of recommendations to help veterinarians to take steps to improve the health and welfare of brachycephalic dogs (see below).

During discussions, panel members were questioned on strategies to help address the problem in particular countries. Panellist Helle Friis Proschowsky explained that The Nordic Kennel Union had issued recommendations and breed-specific guidelines for judges but acknowledged that the majority of brachycephalic dogs in all countries were unlikely to be registered with a kennel club. Panellist Peter Sandøe confirmed that only 15% of French bulldogs in Denmark were registered, the majority coming from unregistered breeders.  “The education of owners remains the most important priority,” commented Helle Friis Proschowsky.

‘Dare to speak out’

Soft tissue surgeon and panellist Laurent Findji said he had seen the explosion in the popularity of French bulldogs at first hand because of the number he was now operating on. FECAVA Vice President Wolfgang Dohne called on vets to help brachycephalic dogs but to advise owners to neuter their animals if they have conformation-altering disorders. Panellist Gudrun Ravetz, Senior Vice President of the British Veterinary Association said that, in the UK, owners and breeders now consent to having conformation-altering surgery reported: “However, while a recent BVA survey showed that 67% of vets say they see breed-related problems, few submit conformation-altering data to the Kennel Club though this would support the development of evidence-based solutions.” She added: “As veterinarians we must educate ourselves.”

“Vets should dare to speak out,” commented panellist Kristin Wear Prestrud. “We must educate owners on all health and welfare matters, whether we are simply advising them that their dog is overweight or if we need to give advice on breeding or refuse planned Caesarean sections.”

Toril Moseng, President of the Norwegian Veterinary Association, highlighted initiatives carried out in Norway, including an awareness-raising petition signed by 1,700 veterinarians; a press release urging advertisers not to use brachycephalic breeds in campaigns and a hand-out produced for brachycephalic breed owners, letting them know ‘what to expect.’ Similar work has been done by the British Veterinary Association explained Gudrun Ravetz. “We contacted advertisers and many apologised saying that they were simply unaware of the problems.”

Commenting on the session, DSAVA President Anne Sørensen said: “The fact that so many participated so actively in the discussion shows the seriousness with which veterinarians view this issue. There is no easy answer but by working together and sharing experiences and successes, we will start to change the minds of pet owners who think that these animals are cute when many of them are, in fact, born into a life of suffering. We thank all those who joined us to highlight this important issue and especially Sebastian Klein. His attendance has helped us to highlight the issue to the dog-owning public in Denmark.”

FECAVA President Jerzy Gawor commented: “As veterinarians, we put the best interests of our patients first. For affected animals – including flat-faced dogs but also cats and rabbits – this may involve performing surgical procedures to correct or overcome conformational disorders, such as enlarging the nostrils, shortening the soft palate, correcting the bite or performing Caesarean sections. We are concerned that these procedures – which should be exceptional – are becoming the norm in many brachycephalic breeds.”

WSAVA President Walt Ingwersen added: “Our members see the results of extreme brachycephalic confirmation in practice on a regular basis and it is one of our top animal welfare concerns. The discussion panel helped to highlight the complex issues raised by the popularity of these breeds and to explore potential solutions. A reduction in the health problems faced by these breeds will be most effectively achieved through the education of veterinary professionals, breeders and owners and through leadership and consensus-building between stakeholders.”

All three associations committed to develop and contribute to initiatives that aim to address the health and welfare of these animals. Panellist Professor Åke Hedhammar, member of the WSAVA Hereditary Disease Committee and scientific advisor to the Swedish Kennel Club, stressed: “We will continue to work with all stakeholders who can positively influence and improve the health and welfare of brachycephalic breeds. Extreme phenotypes should be avoided and, in the show ring, moderation of such phenotypes should be rewarded. Animals showing extremes of conformation that negatively impact their health and welfare should not be used for breeding.”

FECAVA past president Monique Megens, who chaired the discussion, concluded: “As advocates of and experts in animal health and welfare, veterinarians should speak up and show leadership in taking action against the breeding of dog with excessive traits leading to health and welfare problems. The great attendance at the panel discussion shows the willingness of the profession to do so. We hope that the recommendations prepared by our panellists will be adopted by veterinarians and by veterinary associations all over the world, leading to a future with healthy and happy dogs.”

Following the panel discussion on the health and welfare of brachycephalic dogs on 26 September, the expert panel issued a number of recommendations for veterinarians as below:

As advocates of, and experts in, animal health and welfare, veterinarians should speak up and show leadership in taking action against the breeding of dogs with excessive traits which can lead to health and welfare problems, such as brachycephalic obstructive airway syndrome (BOAS).

At a PRACTICE level, veterinarians should:

At PROFESSIONAL ORGANISATION level, veterinarians should: