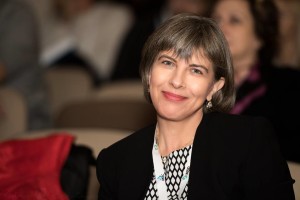 The fluorescein test is very important in diagnosis of corneal diseases. Is our best friend that accurately describes the size and the depth of the corneal lesions. If the fluorescein test is positive exclude primarily a foreign body (from the conjunctival fornix  or from the internal surface of the third eyelid) and then examine using the loupe, the edges of corneal lesion. If is an area of loose of the epithelium at the periphery of the lesion, looking like an “opened book (Figure 1, Figure 2 and Figure 5) your patient has indolent corneal ulcer. 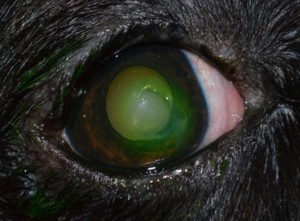 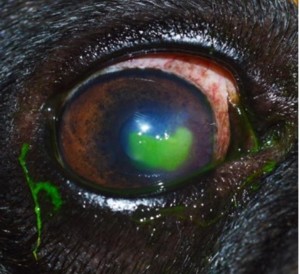 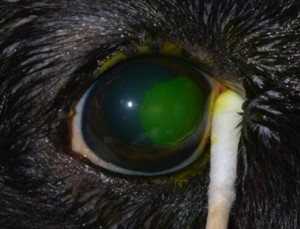 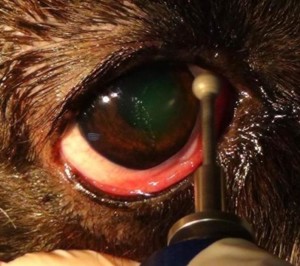 The first step in the treatment of indolent corneal ulcer is the debridement of the denude epithelium using a cotton-tipped applicators (Figure 2), scalpel blade or Alger Brush® (Figure 3). Local anesthesia of the cornea using Benoxi® will allow you to perform debridement.

The burr of the Alger Brush® device is faced towards the edges of the corneal ulcer and debridement is performed in a circular movement, following the limit between the ulcer and the healthy cornea. The small burr of the device quickly removes the epithelium so that the surgeon’s hand is laid on the periorbital area for support, to avoid accidents. Throughout debridement the corneal surface is flushed continuously using saline.

After performing the debridement of the indolent ulcer, the lesion is significantly bigger than the initial one (Figure 6), and in some cases, the anterior epithelium is completely removed.

The fluorescein test is used to reveal the size of the lesion after debridement in order to choose a therapeutic approach: 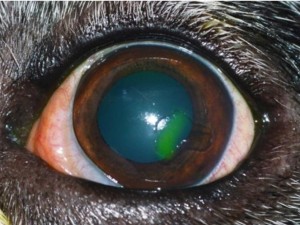 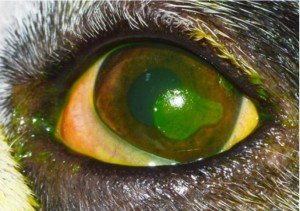 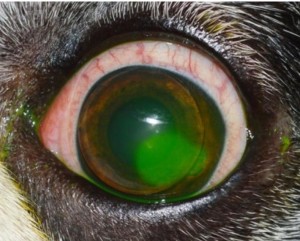 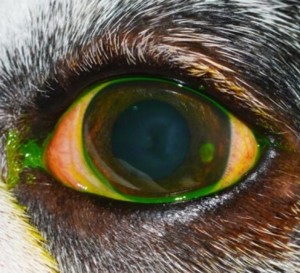 Indolent corneal ulcer after debridement can be healed ad integrum (Figure 8) in 5-10 days or, in some cases, we need to perform many debridements. That’s why rechecks should be performed each 5 days after debridement and fluorescein test and reexamination with the loupe is mandatory.