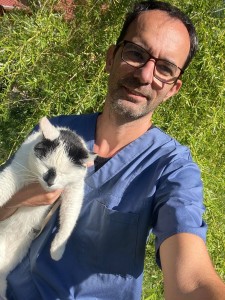 West Nile Virus (WNV) is a single strained RNA virus from the genus Flavivirus. It was discovered for the first time in 1937 in Uganda, causing zoonotic West Nile fever in affected animals and humans. The natural host for the virus are birds, mostly corvids(crows, ravens, and blue jays) and raptors. The disease is vector-borne and distributed by mosquitoes. It is discovered that 80% of the cases are asymptomatic, 20% become symptomatic, and mortality in birds could reach between 20 and 60%. It is agreed that the disease is a considerable factor in corvids population reduction. The mosquitoes transmit the virus by feeding infected blood and then transiting it to uninfected ones. Raptors can get infected by consuming infected chicks or birds. Between humans, the virus can be transmitted by blood or organ transfer, vertically, but not via direct contact.

Clinical signs can vary widely from non to death, with a high dependency on the species affected. Of the mammals only humans and horses show clinical signs – WNV was detected in many domestic and wild mammals, but no cases of the disease were registered. Birds with WNV demonstrate neurological signs – tremors, weakness, loss of coordination, head tilt, lethargy, blindness, and characteristic position of the legs at death. 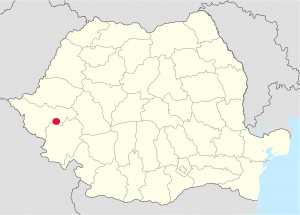 Balkan countries by having long periods of hot weather and the presence of a lot of water sources (rivers, lakes, marshes, etc.) are the perfect environments for mosquitoes from Aedes(incl. Tiger mosquito) and Calex spp.

An adult Ural owl (Strix uralensis) was found by people in a passing car on rural road in Lugoj area (Timis county). The bird was in lethargic state, with difficult breathing and incoordination of movements of legs and wings.

During the physical examination no feather or tegument abnormalities or signs of trauma were found. Body temperature was elevated to +42oC. The bird was lethargic with difficulties to walk. The appetite appeared to be normal. Clinical diagnostic tests From the bird were taken a venous blood sample from the brachial vein, fecal, and nasopharyngeal probes. Using a panel of tests, bacterial and parasitic diseases were excluded. Since cases of WNV are detected annually in Romania and neighboring countries (Serbia and Hungary), the virological panel included West Nile Virus testing. The results obtained using epitome-binding ELISA, with a sensitivity rate of 98% for WNV antigen, are shown in Table 1.

From the obtained results we concluded that the bird is in acute state of West Nile fewer. After consulting with the local veterinary authority, the bird was kept in enclosed environment and treated with Meloxicam per os. We did a second test after a week and another one week later. The third test went negative by showing an absence of viral antigen in the three samples – nasopharyngeal, fecal, and blood. Besides the negative results and complete recovery of the bird, it was transferred to a sanctuary where will remain for a few months and eventually released back into nature in 2023