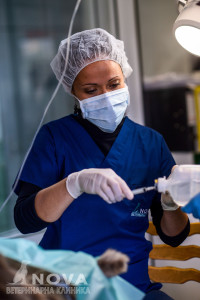 She was suddenly blinded and had an urgent eye check.The ophthalmological examination revealed increased pressure (40mmHg) and displaced lens in the left eye.The cornea was mildly opaque and the lens was with senile cataract. No PLR. The retina was also degenerated resulting in marked tapetal hyper reflexivity. 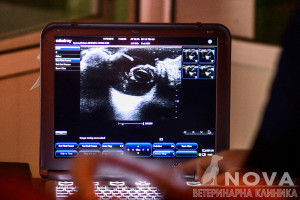 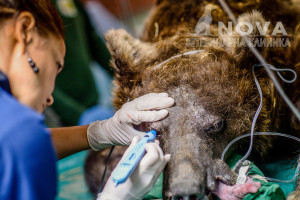 Lens subluxation (posterior) is partial detachment of the lens form the ciliary body, due to breakdown or weakness of the zonules.

We preformed surgical removal of the luxated lens including the capsule (intracapsular lens extraction).

In the “open sky” approach, the superior cornea was incised 120 – 160 degrees using a cornea knife. The lens and its capsule were removed together in one piece through the incision. 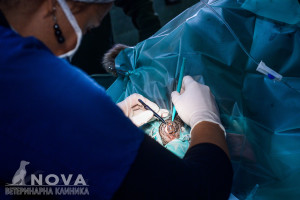 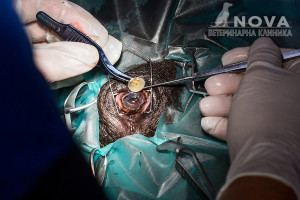 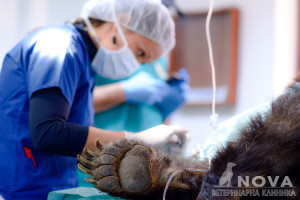 Hydrodissection was employed for the removal of lens. We left the eye without artificial lens (aphakic).

During the removal of the lens, prolapsed vitreous was determined and we removed it with scissors in the anterior chamber.

Following the irrigation of the anterior chamber, corneal incisions were closed by separate sutures using 8/0 polyglactine.

For the postoperative care, we applied systemic antibiotics for the first five days. 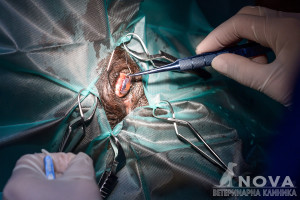 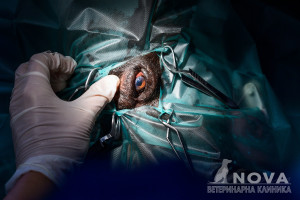 7 days after surgery, the eye is calm; there is no secretion or swelling.

Now the bear is in preparation for hibernation and her eye will be examined in the spring.