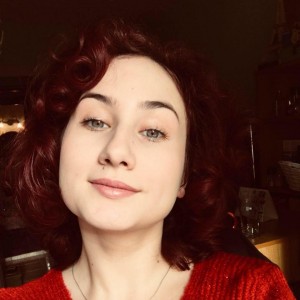 Congenital follicular parakeratosis is a  hereditary disorder affecting females, which suggests a X-linked mode of inheritance, the particular aspect of the condition is not affecting the skin of the nose and footpads unlike other seborrheic disorders.

More about this particular condition can be found in Small Animal Dermatology 7th Edition. 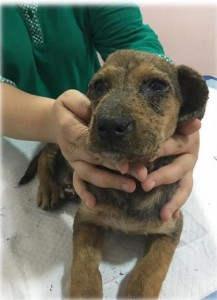 This particular case seemed interesting as it occurs very rarely and even more so there are few cases when owners are willing to do everything they can to keep them in good shape.

Female stray dog presents to our clinic in gravely  bad shape, with serious skin scaling , waxy material clumping together most of her coat, runny eyes and greasy smell.

Comes from a litter of 3 puppies, her other brothers being already twice her weight, with normal skin condition 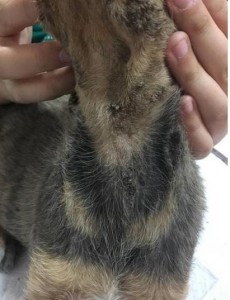 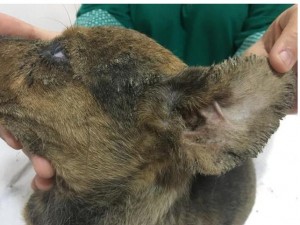 Waxy material covering most of her body, creating clumps of hair, general aspect of  a dirty dog 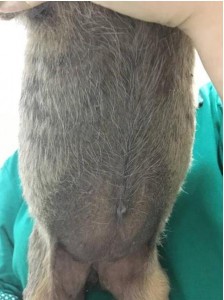 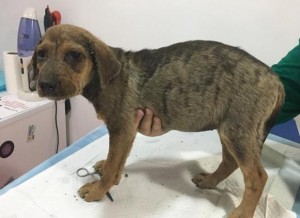 Due to the severity of her condition, several tests have been performed to exclude potential affections:

*Cytology from different sites of  affected skin – keratinocyes, corneocytes accompanied with malassesia, no other signs of inflamation present

*Cytology of the conjunctiva- chains of cocci, macrophages and neutrofiles 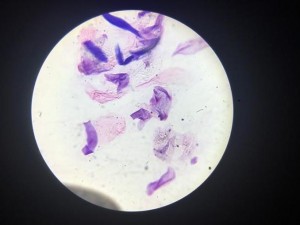 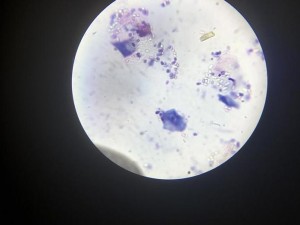 After ruling out most of the possible diagnostics, Demi was reexamined closely looking for particularities.

-It turned out that the keratosis was affecting especially the external areas of the pinnae, the ventral side of the neck, the entire back and along the limbs and in a smaller part the abdomen.

-It was peculiar  that the skin on her nose was normal, as well as her footpads, which led me into thinking about this possible condition, that could only be 100% proved with a skin biopsy. 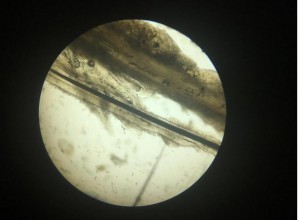 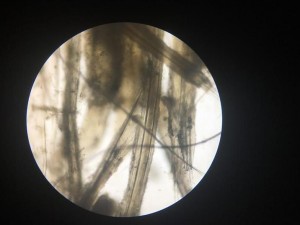 -Unfortunately the owner who rescued her did not agree with the biopsy so I had to move onto the therapy without knowing  100%, but shortly after I was sure that this was it.

-Demi remained at the clinic for 2 months, giving us time to use proper treatment such as:

-Daily Vitamin complex with high ammount of vitamin A and E

-The conjunctivits was resolved with cloramfenicol drops and daily cleansing of the ocular area – the hyperkeratosis also affected her eyelashes, constantly irritating the eyes, I had to remove each affected lash.

-She received deworming pills and sarolaner to control the endo and ectoparasites. 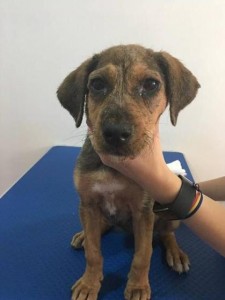 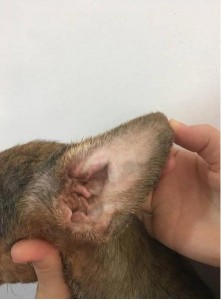 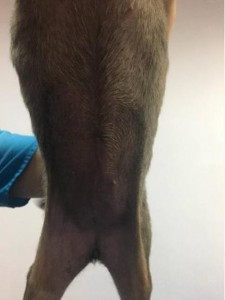 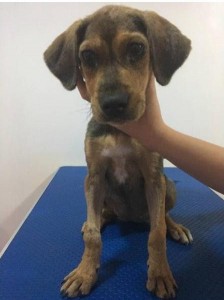 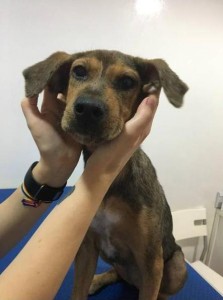 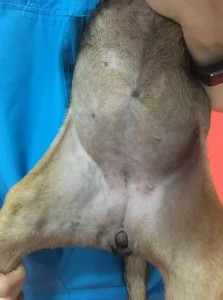 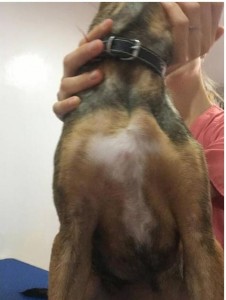 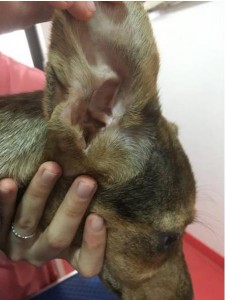 As you can see, her condition can be kept under control especially if the owner understands that it’s a lifetime condition and she will require special treatment for the rest of her life

She had a brief period of time when I decided to see how long it takes until new keratin materials starts to form if I stop the treatment and it only took 6 days for the most affected areas to relapse.

It’s a rare condition, I was especially glad to be able to care for her and to see that there are people willing to do everything needed to keep her in good shape

I’m pretty sure most of these dogs don’t survive long if in the wild, or are discarded by breeders if not, let’s say Demi was lucky enough to be rescued at such a young age.